The Added Value of Liquid Antipsychotics: The Case of Quetiapine


Background: Antipsychotic drugs are the cornerstone of schizophrenia treatment and are also indicated for other psychotic and mood disorders. Different antipsychotic drugs and their formulations are available, though liquid forms have been overlooked.

Methods: Herein the added value of liquid antipsychotics is reviewed, with a focus on the recently introduced liquid quetiapine, a frequently used antipsychotic.

Results: Liquid antipsychotics are easily administrated via the preferable oral route, while compliance under supervised administration is transparent. Liquid forms could be preferred in patients with swallowing difficulties, which are common in elderly patients and often concealed. In this population, the availability of liquid antipsychotics could prevent errors in medication administration, which could possibly render caregivers labile to any harm caused to the patient. Aspiration, however, remains a risk with liquid formulations. Common errors in medication administration are the omission of treatment and alteration of solid oral formulations. Regarding quetiapine, omission of treatment could be associated with non-adherence as well as discontinuation symptoms, while alteration of extended release formulation could alter its pharmacokinetics. Mildly agitated and cooperative patients are another target population of liquid antipsychotics, which can induce fast sedation avoiding involuntary intramuscular injections. The combination of sedative properties and low incidence of extrapyramidal symptoms makes liquid quetiapine a valuable option for these patients, yet the current evidence is limited.

Conclusion: The liquid form of quetiapine can facilitate pharmacotherapy of schizophrenia and can be defined as value added medicine bringing key benefits not only to the patients and caregivers but also to the health care system. 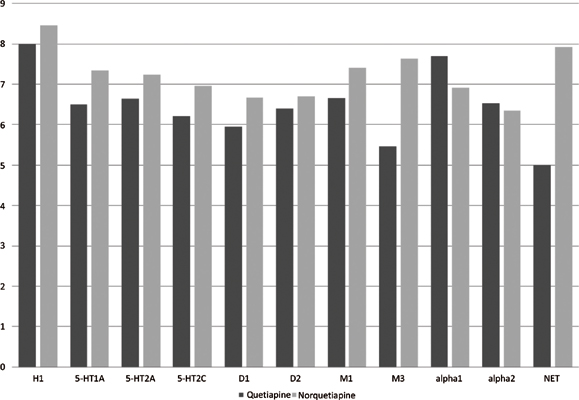